In contrast to behavioral coaching, developmental coaching is not directly and primarily oriented to clients’ level of performance, but to a broader view of clients as achieving life tasks such as identity, intimacy, career consolidation, generativity, and integrity. In our society which is based on delivery of work, many of these life tasks are, at least indirectly, achieved through pursuing tasks at work. Since as coaches we are aiming at bringing together life and work, we cannot disregard life tasks.

In CDF, the client’s task is seen as that of acquiring a broader and deeper frame of reference (world view), both emotionally and cognitively, from which higher levels of performance at work can spring. The development, through coaching, of an improved frame of reference is thought to become possible by applying research insights into individuals’ adult development over the life span.

Expectedly, this switch from a direct focus on the use of competences to the broader purview of human capability also changes the function of the coach. S(he) is no longer merely providing an “industry service” but enacts a true profession whose universal knowledge base is the research on adult development that presently exists, and into which behavioral knowledge about functioning at work is to be integrated.

Especially in business coaching, this new focus upon adult development is still very new. It requires a re-orientation of the coach toward the organization to which coaching is delivered as a whole. In particular, the coach’s attention needs to become focused on the relationship between individual and role or function that the individual is “in”. Here, Elliott Jaques’ research on requisite organization becomes central, and thus the question: “are my coachee’s capabilities commensurate with the level of accountability in his or her role?”

While Jaques saw work capability as a predominantly cognitive issue (1994), in CDF a broader notion of capability is introduced which comprises three dimensions in close interrelationship with each other: social-emotional, cognitive, and psychological. As a result, coaches not only need to understand an organization’s accountability hierarchy, but also its “capability hierarchy”, with a focus on whether the two are matched (requisite) or not.

The switch from competences to capability of an individual in a role further broadens the notion of coaching, making it a launching pad for corporate culture transformation. An organization’s culture is, to a large extent, defined by senior management and the board of directors. Thus, if senior management, including board members, is viewed in terms of CDF, and they themselves begin to think about themselves and others in terms of CDF, this in itself initiates a culture transformation.

The Constructive Developmental Framework (CDF) is thus ultimately a methodology for culture transformation. It is a synthesis of adult developmental research conducted in the United States, especially at Harvard University, between 1975 and 1995. During this time period, new insights into how human beings develop over their life span were gained that have not been surpassed, nor even accepted, to this day. These insights lend themselves to deepening what E. Schein had named “process consultation”, by which he meant all varieties of “consulting to clients’ emotional and mental process”. From the viewpoint of CDF, coaching is only one among other varieties of process consultation such as team development, mediation, facilitation, talent management, and support for strategy design.

The basis of process consultation is the insight that one can be a helper to others only to the extent that one is developed oneself and understands oneself. This means that like other kinds of helping, “coaching” is an interdevelopmental process. This holds true in at least two senses: first, to help another person the coach needs to be at least as developed as his/her client; second, by helping another person, the helper herself develops along with the client.

“Understanding” can have different interpretations. In CDF it means getting to know the coachee’s personality empirically through explicit assessments whose results are conveyed (fed back) to the client before coaching begins. Coaching work is thus focused on human capability and individual differences between clients in terms of their frame of reference.

No volver a mostrar 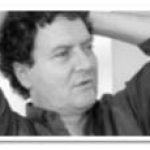