Have you thought of regret? The mechanism around it?

It looks to me that regret works pretty much like this: if you think somewhere along the path you didn’t pay attention to a crossroad option, and the outcome was bad, then you regret. Regret demands a bit for thought police. It’s like you’re saying to yourself all the time: pay attention! Remember last time you chose wrong!…

“Bad” is usually associated with “projection gap”. Let me explain what I mean.

Our motivation works from a gap between reality and desired scenario. We project (imagine) a certain future world, and if that projected state is thought to be good, we automatically set motion towards it. Certain conditions have to be met also, like you believe you can, and you believe you deserve it, but essentially, the process is: imagine something you really want, and that’ll trigger inner motivation in that direction. Regret fear impedes this mechanism.

If, along the path of going to get what you imagined, that projection becomes impossible, you’ll have a deception, that is: a violent gap between projection and reality, that is no longer credible, so no longer motivates: now we have to digest/destroy the mental projection rather than make the reality change. Let me use a dramatic example. This could be like when someone dies: you very very clear imagine what it would be like if the person was there, and very much desire it, and at the same time you know that’s now impossible to get that reality.

We tend to associate this violent gap digestion with sadness. I think it’s neither bad or good. It’s just what it is: a cognitive process of some incongruence nature. Weird things going on the neurophysiology of the brain.

And what does all this have anything to do with guidance? Well, if you allow that stamp of “bad” be too much associated with deception, you may be limiting your options going away from surprises and unexpected stuff. You may be tempted to navigate in a world that you want free of expectations management. My suggestion would be: don’t suppress life paths that could really lead you to very cool things, out of fear of deception!
Think again: your life is about flow. Go for the experience, and practice being ok with unpleasant surprises… 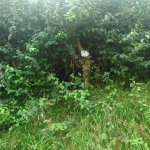