From “Developmental Theory” to a Dialogical and Dialectical Epistemology: Introducing Three Modes of CDF Dialog with Clients

In this text, I focus on the central relevance of interviewing skills in being able to lead a dialog in the structured way made possible by the Constructive Developmental Framework (CDF), whether it be social-emotional or cognitive. I do so in the context of showing that the certification as a Master Developmental Consultant/Coach at the Interdevelopmental Institute (IDM) is not based on “developmental theory”, but rather on a discipline derived from it by me, namely, a dialogical and dialectical epistemology. Developmental theory per se is taught in applied courses which serve as a basis for learning CDF epistemology, and in this sense are mere teasers for learning to think and listen developmentally, dialogically, and dialectically.

Social analysis can learn incomparably more from individual experience than Hegel conceded, while conversely the large historical categories, after all that has meanwhile been perpetrated with their help, are no longer above suspicion of fraud.(…)The individual has gained as much in richness, differentiation, and vigour as, on the other hand, the socialization of society has enfeebled and undermined him.In the period of his decay, the individual’s experience of himself and what he encounters contributes once more to knowledge,which he had merely obscured as long as he continued unshaken to construe himself positively as the dominant category.

When I started writing my two books on Measuring Hidden Dimensions in 2005, it was clear to me that the most progressive part of Kegan’s and Basseches’ theories is found in the empirical interviewing methodology they based their theories on (and have remained very silent about ever since). Rather than engaging primarily with the abstract concepts these theorists put forward, what interested me primarily was how through an interviewing dialog evidence could be gathered about individuals’ and groups’ present way of meaning and sense making.

What I saw as the gold of developmental theory, namely the interviewing required to obtain developmental evidence by listening to individuals, laid buried until CDF came into being in the year 2000, and still remains buried for the majority of developmental practitioners after 15 years, because of the huge amounts of “theory” and ideology that have been heaped upon Kegan’s and Basseches’ conceptual interpretations of their interview-based empirical findings.

The unique reading of mine of both theorists (who were my teachers) derived from several different sources: my being a composer and musician; my schooling in dialectical philosophy in the 1960’s and in psychological protocol analysis (H. Simon) in the 1970’s, the organizational interviewing I practiced as member of a big US consulting firm (ADL) in the 1980’s, as well as my training as a clinical psychologist (Boston Medical Center) in the 1990’s.

As a result of my training in these various modes of dialog with clients and patients, in my two books I moved, I would say today, from developmental theory to a new kind of epistemology (theory of knowledge), one that is based on dialog and thus has the potential of becoming a broader social practice, in contrast to argument-based dialectical epistemologies such as Adorno’s and Bhaskar’s which put themselves at risk of remaining elitist.

In this short paper, I want to highlight some of the outstanding features of this transition from “developmental theory” to dialogical epistemology. Eventually, this transition allowed me to bring together the main tenets of the Kohlberg and the Frankfurt Schools, something nobody had attempted, or stumbled on, before.

While others read especially Kegan’s, but also Basseches’ work, for the sake of constructing either abstract or applied theories of adult development (most of all Wilber who designed a hermeneutic philosophy based on Kegan’s non-empirical work), I was most impressed by the qualitative research they had done on individuals, for the sake of explaining how adult consciousness develops over the life span, and also, why the movement they discerned has a huge impact on how people deliver work in the sense of E. Jaques. I found myself aiming for a new theory of human work (capability) that would go beyond Marx (who never thought about the internal workplace from which work is delivered (Laske, 2009).

In focusing on interviewing and the scoring of recorded interviews (which I always saw as a unity), I implicitly took to heart what is conveyed in my teacher Adorno’s quote, above, in which he basically says that rather than be guided by abstract concepts about development (such as “stages” and “phases”), deeper insight can be gained by delving into the frames of mind of individuals. Given my psychological training, I thought that the main issue in teaching CDF-interviewing as a dialog method would lie in making clear the separation between the focus on “how am I doing” (psychologically) and either “what should I do and for whom?” (social-emotionally) or “what can I know about my options in the world?” (cognitively). This triad of questions for me encapsulates the mental space from within which people deliver work, without ever quite knowing how to separate them in order to reach a synthesis of self insight.

Serendipitously, I got to know Bhaskar’s work just at the right time, in 2006, when I was in the midst of writing volume 1 of MHD and preparing for volume 2. Reading his “Dialectic: The Pulse of Freedom” (1993) challenged me to reflect on the DTF-dialectic I had been teaching, but also to reflect on its relationship to my teacher Adorno’s work. Although a declared enemy of ontology which he accused of sealing the oppressive status quo of capitalist society, Adorno had viewed social reality, as well as the human mind, as intrinsically dialectical. He demonstrated that view in the analysis of musical works, but also through philosophical text analysis in both of which he was a master.

I noticed right away that Bhaskar’s MELD, the four moments of dialectic, were not only a step beyond Hegel and Adorno, but also equivalent to Basseches’ empirically derived and validated four classes of thought forms, and that Bhaskar’s ontology was only feebly developmental and epistemological, especially in his theory of eras of cognition and types of epistemic fallacies.

I began to see that, from Bhaskar’s vantage point, the CDF-based  cognitive interviewer was centrally dealing with “epistemic fallacies” and “category errors” committed by people in organizations, and that the interviewer’s task was therefore to “retroduce” these errors, that is, show them to be fallacies by interpreting what was said by the interviewee and then enacting DTF, the Dialectical Thought Form Framework.

Cognitive interviewing constantly encountered THE epistemic fallacy according to which the world is reduced to what is presently known about it, with the benign neglect of pervasive absences. Taking further into account Bhaskar’s distinction between the real, actual, and empirical worlds, I began to see that individuals who could not rise beyond this fallacy, and thus could not transcend the actual world – what the real world appears to be, rather than what it is – were surely stuck. In the CDF framework that also meant that they were not as effective at work as they could be as social-emotionally aware dialectical thinkers.

Bhaskar’s ontological postulate of four moments of dialectic, once it was viewed in terms of Basseches’ Dialectical Schema Framework (DSF; 1984) meant that a trained CDF-user could through empirical inquiry (interviewing and scoring) help such individuals move from the actual world –the world of TV and of downloading – to the real world in which problems like organizational survival and global warming have to be solved.

So, while Bhaskar really had no good tools for dealing with the language-suffused world of organizations and with global issues requiring action in a concrete and effective manner, I more and more came to see CDF not only as an epistemology, but also as a set of dialogical tools – whether social-emotional prompts or dialectical thought forms — ready-made for intervention in organizations and institutions for the sake of culture transformation and related strategic goals. This was an obvious realization since the interviewees in IDM case studies were mostly executives representing organizations of various sizes.

For this reason, in a conference presentation devoted to Bhaskar’s work in London this year, I proposed that his “dialectical critical realism” (DCR) could (or even needed to be) enhanced and concretized by CDF/DTF, as shown below:

As shown, I see IDM study cohorts whose members graduate with 3 case studies (and in the future also with a team project) as engaging with epistemic fallacies and category errors committed by executives and their teams, and suffering accordingly. By way of their interviewing and scoring skills such graduates know (“can hear”) what in the language-suffused world of organizations needs to be transformed, for these organizations to survive or thrive in an ecologically reasonable way. 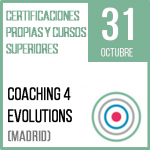